Museum's WW I Display Focuses on the Local Impact of the War.
A new, temporary display in the lobby of the Osage Mission - Neosho County Museum in St. Paul drives home the impact that World War One had on local soldiers, families and communities.
November 11, 2018, is Veteran's Day.  This year's Veteran's Day also marks the 100th anniversary of the signing of the armistice that ended hostilities between the Allied Nations and Germany, effectively ending World War One.  The armistice was signed at ​Compiègne, France, on November 11, 1918 and became effective at 11 a.m. — "The eleventh hour or the eleventh day of the eleventh month."
In recognition of the centenary of the conflict's end, the Osage Mission-Neosho County museum has developed a lobby display recognizing the impact of the war on local families and communities.   The display borrows some artifacts from their existing Military Display, but museum volunteer Barbary Ellis has added the research material that pulls the WW I story together.  Much of the display includes letters and newspaper clippings related to soldiers serving on the war front. 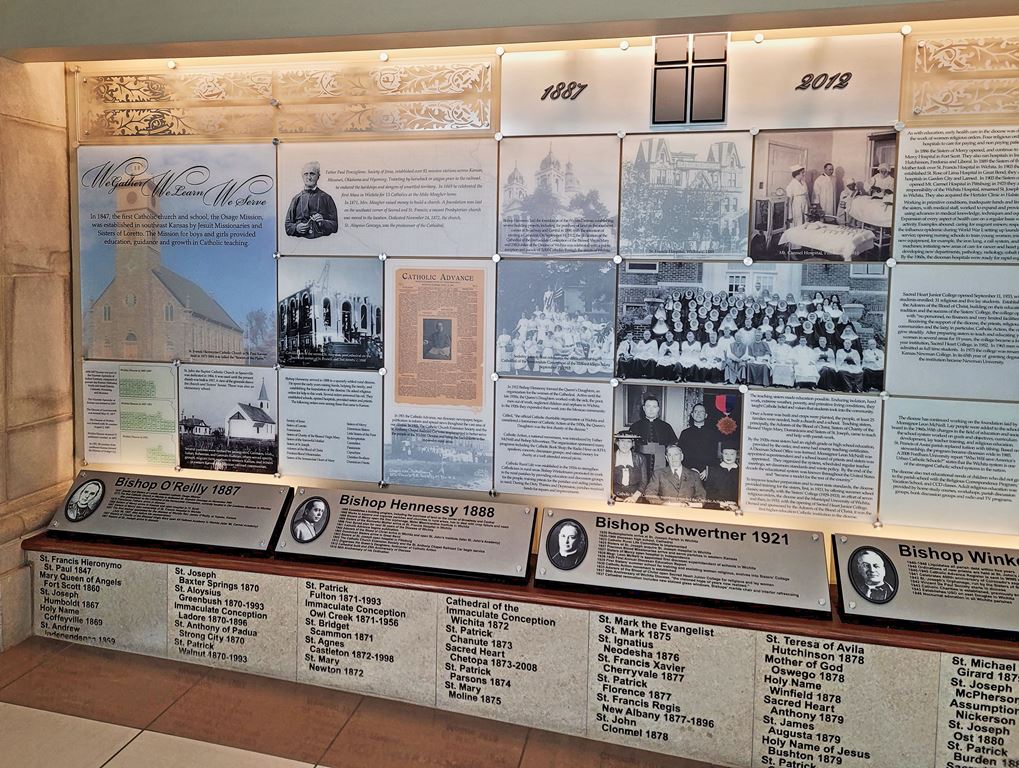 Museum Volunteer/Researcher Barbara Ellis With the World War I Display
The WW I display is a fairly recent project for Barbara, but she is not a stranger to historical research.  As an avid genealogist and history buff she is familiar with what it takes to push through books, microfilm, Google searches and whatever it takes to assemble a research puzzle.  Her interest in this project was also fueled by the fact that her grandfather, Thomas Paul McCall, was a World War One veteran and his diary is part of the display.
The museum plans to keep the lobby display in place through November.  Then, the appropriate artifacts and material will be merged back into the museum's existing military content.  But Barbara's project does not end here.  She plans to continue to search out more information about area veterans and build on her current body of WW I Materials.   In the end, her research materials, including Paul McCall's diary, will provide the historical society with a valuable research resource for future members.

This slideshow shows a few details of the display.  You'll have to go to the museum to appreciate it and look through the books.